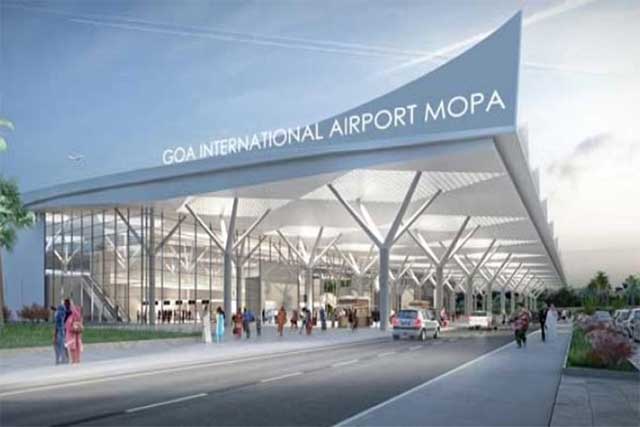 Panaji (The Hawk): Goa Forward Party President Vijai Sardesai said that since development on the airport is still ongoing and should not be opened until it is finished as Goa Chief Minister Pramod Sawant announced a new date for its commissioning after December 8.

"Don't wait for Pramod Sawant to be ready; open the airport when it is ready (for inauguration). The Chief Minister's excessive haste in opening Mopa Airport operations while it is obvious that several areas are still under construction will result in inefficiency, interruption, and hazards in addition to raising questions about possible cover-ups and wrongdoings "Fatorda MLA Sardesai stated.

Sardesai accused Pramod Sawant of hurrying to engrave his name on the inaugural stone at the Mopa airport in order to claim ownership of the project and accused him of doing so as a ruse.

Mopa Airport was not a Sawant initiative, but it is being finished during his administration, said Sardesai.

People in Goa are aware that his name is indelibly linked to the state's crumbling law and order, rising unemployment, and corruption, he claimed.

The Goa government had originally anticipated opening Mopa's Greenfield International Airport between August 15 and 30, but it was postponed.

Later, Sawant had stated that the Goa airport's construction will be finished by October 23 and that Prime Minister Narendra Modi would then inaugurate it.

Sawant recently declared that the Mopa airport would open on December 8.