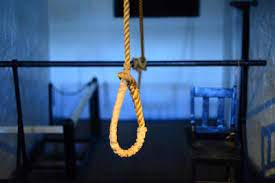 Saharanpur (The Hawk): A 19-year-old woman committed suicide by hanging herself after her relatives killed her boyfriend by beating him.

The assault occurred in the Rampur Maniharan region's Islampur area, according to the police.

Tannu Saini, the female, was a B.Sc. student, and Zia-Ur-Rehman, her boyfriend.

According to reports, the youngster was summoned to the girl's family's home, where he was beaten. He later passed away from his wounds in a Dehradun hospital.

Police stated that they had not yet received a complaint in this matter. According to police, no FIR has been filed.

According to the girl's autopsy report, she died by hanging.

Local markets remained closed shortly after word of the deaths circulated due to fears of civil disturbance because the couple belonged to different religious groups.

Vipin Tada, SSP in Saharanpur, said: "Police officers have been sent out. The probe is ongoing, and appropriate action will be taken."