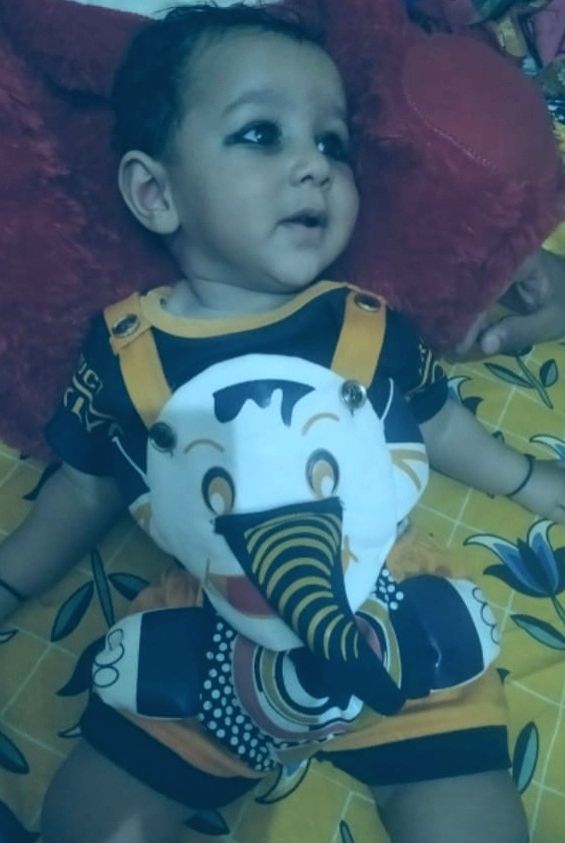 Jaipur (The Hawk): Tanishq, a two-year-old boy from Rajasthan who has the uncommon condition Spinal Muscular Atrophy Type 1, is fighting for his life right now. A 16 crore rupee injection that his father had to run from pillar to post to obtain that had first given him hope for living stopped working when the youngster turned two.

His parents are currently pleading with the state government to assist them in obtaining an oral medication because the jab is only appropriate for youngsters under the age of two.

The price of the drug Risdiplam is approximately Rs 72 lakhs. However, the cost varies based on the child's weight.

Tanishq's father claims that because of his weight of roughly 7 kg, the medication will cost between 30 and 32 lakhs and that it is the only way to preserve the youngster.

He further said that despite 15 other children having the same illness, the medication is not readily available here.

He said that only one youngster was receiving this medication.

Every day, Tanishq is shrinking and getting weaker. Tanishq is being transported from Nadwa village in the Nagaur district to Jaipur for medical attention because he continues getting sick.

According to the parent, when he spoke with the SMS Medical College The physicians at the JK Lone Hospital in Jaipur informed Tanishq's father earlier that they were out of money.

Then, how is it that just one of the 15 kids is receiving the medications? he questioned.

"My child could have received the medication two years ago if the government had chosen to, but it disregarded our request. I begged Ashok Gehlot, the chief minister, and Parsadi Lal Meena, the minister of health, but we just received assurances." Doctors at the JK Lone Hospital promised to offer Tanishq's father an oral medication worth Rs 30 lakhs within two years after receiving a call from the Chief Minister's Office, but nothing has happened as of now.

R.L. Gupta, the hospital's superintendent, has received a message from parents of the other children who also have the rare ailment. Additionally, they have asked the government to support the care of the kids.

According to Gupta, the state government has spent Rs 1 crore treating 14 children for a rare condition, and just Rs 13 lakh has come via crowdfunding.

Doctors have demanded that more money be raised through crowdsourcing. The government has also received a letter in response to this.

Due to the high patient volume, Gupta has also requested that pharmaceutical companies use their own CSR Fund to lower the margin price of medications in the hospital.

The Central government supplies 6% of all medications.