To prevent interstate violence, the Assam government would create a SOP 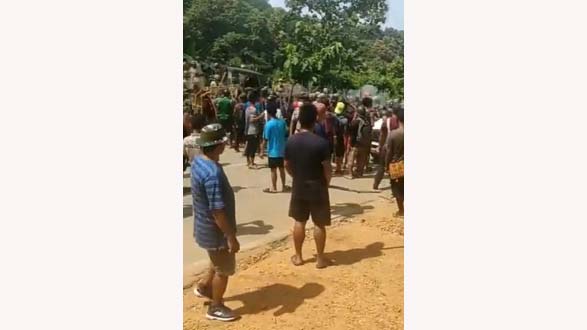 Guwahati (The Hawk): The Assam government has decided to draught a new standard operating procedure (SOP) against using lethal weapons while controlling angry mobs in sensitive inter-state bordering zones, officials said on Thursday, in response to the simmering tensions at the Assam-Meghalaya border caused by a police shooting that killed six people earlier this week.

The choice was made on Wednesday during a state cabinet meeting held in the nation's capital in conjunction with Lachit Barphukan's 400th birthday celebration.

We have learned that the conference included a thorough discussion of the border violence issue.

Jayanta Mallabaruah, the minister of tourism for Assam, said: "The state cabinet has given its consent for the creation of a SOP, particularly for manuals that encourage the use of lethal weapons in sensitive areas along interstate boundaries. It will decide what tools or techniques must be employed to subdue a rioting mob in order to prevent similar situations in the future."

He added that the new SOP would be prepared by the state's Home and Forest Departments.

Before firing to disperse the mob, the police may have exercised greater caution, according to Assam Chief Minister Himanta Biswa Sarma.

He pointed the finger at the cops and said that they had fired without cause.

As a result, five civilians and a forest guard from Assam perished.

Since then, the village and several sections of the 885-km interstate border have been tense, forcing the deployment of additional security forces by both neighbouring states in the sensitive areas.