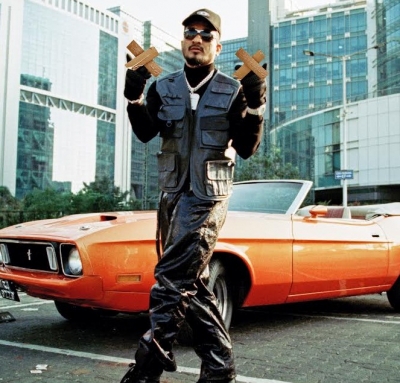 Mumbai (The Hawk): Rapper Divine, known for singing hit songs like "Jungli Sher," "Mere Gully Mein," "Kohinoor," and many others, is getting ready to release his third album, named "Gunehgar." The rapper refers to the album as the first step in a revolution in Indian hip-hop.

Regarding the album, Divine remarked, ""Gunehgar" marks the beginning of a revolution. I'm going to reach unfathomable heights with my passion and thirst for desi hip hop. I also wanted to say how appreciative and joyful I am for a lot of things. This is my modest gift to my community and my followers who have been patiently waiting for a music release as the year comes to a conclusion ".

Similar to his second album "Punya Paap," the album centres on opposing themes of sin and virtue as well as angels and demons. The songs on the album are deeply personal and have lyrical topics that expose reflection, worries, frailties, healing, joy, ambition, and success.

In addition to revealing the album's outstanding artwork, the rapper, who hasn't released music in nearly two years, also shared a breathtaking photograph of Divine, dressed in shiny black and posing in front of a neon pop classic automobile. The picture was taken by Colstan Julian.

On November 10, 2022, "Gunehgar" will be made available on all audio streaming services under the labels of Mass Appeal India and Gully Gang.