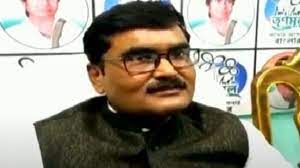 Kolkata (The Hawk): Following orders from the party's top command, Sisir Mondal, the chairman of the Trinamool Congress-run Dainhat Municipality in West Bengal's East Burdwan district, resigned from his position on Friday after his name was linked to a sex for employment controversy.

Mondal sent his letter of resignation to the Katwa sub-divisional officer's office, but he declined to speak with the waiting media.

Rabindranath Chattopadhyay, the president of the Trinamool in East Burdwan, told the media that Mondal had resigned as per the party's high command's orders.

In a recently circulated audio tape, a young woman is heard allegedly asking Mondal for a job over the phone. He apparently put out some lewd suggestion to that woman during the conversation, though.

The Trinamool leadership suffered severe embarrassment as a result of the viral audio clip, and certain party leaders made it apparent that the party might take serious disciplinary action against Mondal. At first, he disputed the accusations and asserted that they were made in an attempt to frame him by having someone else speak under his voice.

However, the Trinamool came under harsh criticism from the opposing parties on this point. The Trinamool wanted Mondal to first quit and then come clean as the criticism on this matter began to mount.