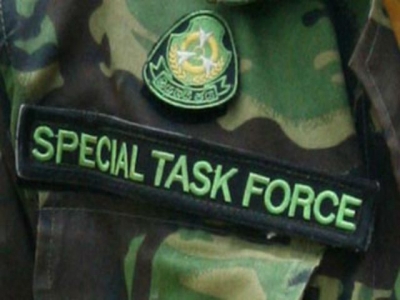 The medications were found on the trio, one of whom was stationed at a medical store on the KGMU campus.

Patients who visit the OPD or are admitted to the medical university hospital can get medicines at a 50-60% discount from the HRF outlets.

'The arrests took place in Nimbu Park, which is about 100 metres from the KGMU convention centre.' Rajneesh Kumar, one of the arrested, has been working as a pharmacist salesman at HRF pharmacy for the past three years and is a resident of Triveni Nagar. The other two, Nitin Vajpayee and Priyanshu Mishra, are also Lucknow residents,' according to an STF statement.

The accused individuals disclosed how they obtained drugs and sold them for a greater price.

The HRF pharmacy dispenses medication in exchange for a unique health identification (UHID) number. The accused exploited the UHIDs that they had written down while selling drugs to legitimate patients to provide more medicines at the maximum discount rate.

aKGMU HRF' was printed on each strip or bottle of medicine, which was removed by two additional accused accomplices, Suraj Mishra and Sugreem Verma.

Verma allegedly organised the selling of these pharmaceuticals to pharmacies at a 20% discount, with a profit margin of roughly 30% divided among Rajneesh and others.

'The arrested individuals listed a few more employees who worked at a different HRF pharmacy on the KGMU campus and were operating in the department of plastic surgery, Trauma Centre, Gandhi Ward. They told authorities that this fraud has been going on for over four years,' according to the statement.

Because UHID was used to issue the drugs, a record of the supply was kept and no one found out about the cheating.

Police are now questioning the two guys in order to learn more about the medical establishments in the city where these medications were sold and whether or not other people are participating in this fraud.