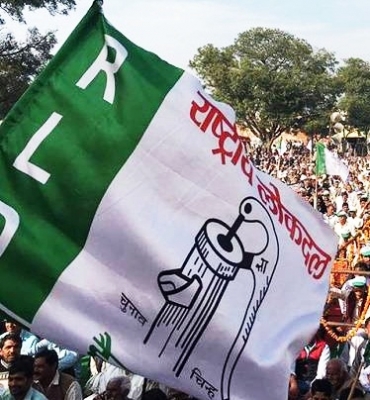 Meerut (The Hawk): The Rashtriya Lok Dal (RLD) has declared that it will organise a roadshow and a public meeting in the constituency on November 15 following the disqualification of BJP MLA Vikram Saini, who formerly held the Khatauli Assembly seat in Uttar Pradesh.

A RLD stronghold, Khatauli was allegedly taken over by the BJP in 2017.

Now, the RLD seeks to reclaim its seat.

Notably, it was RLD leader Jayant Choudhary who questioned why MLA Vikram Saini, who had also been found guilty by the MP/MLA court, was not being punished in a letter to state Assembly Speaker Satish Mahana.

RLD has already started preparing for the byelection on the Khatauli seat, according to the party's state organisational secretary, Yashbir Singh.

In a public meeting on November 15, the RLD leader would bring up important concerns like unemployment and inflation, according to Singh.

Notably, the BJP won two of the six assembly seats in Muzaffarnagar in the state elections for Uttar Pradesh in 2022.