Maharashtra surge ahead of Haryana on medals table with Mallakhamb gold

New Delhi (The Hawk): Maharashtra’s Rupali Sunil Gangawane dished out a clinical performance to claim her second gold medal in the 36th National Games Mallakhamb competition at the Sanskardham Sports Academy in Ahemdabad on Monday.

Rupali Gangawane, the 23-year-old reigning queen of Mallakhambh, scored 17.80 points on the Pole and the Rope to win gold by a 0.50 point margin from her team-mate Janhavi Suresh Jadhav. These successes helped Maharashtra’s rise to the second place on the medal tally with 32 gold medals behind Services and ahead of Haryana.

With Ajatasatru Sharma, S Albert Raj, Bhumjit Singh and Gyanjit Arambam paddling in unison to K4 Sprint gold in the Canoeing and Kayaking competition on the river Sabarmati, Services increased the haul of gold to 52. Services have 33 silver and 29 bronze for a total of 114 medals. Maharashtra have a total of 122 medals, including 32 gold, while Haryana are third with 31 gold in a total of 98.

There was, however, massive disappointment for the Maharashtra Men’s Hockey team who were unable to make the most of their pre-match favourites tag against Uttar Pradesh in the semifinals at the Maj. Dhyan Chand Stadium in Rajkot. Maharashtra rallied from three goals down to take the match into the penalty shootout but ran out of luck. 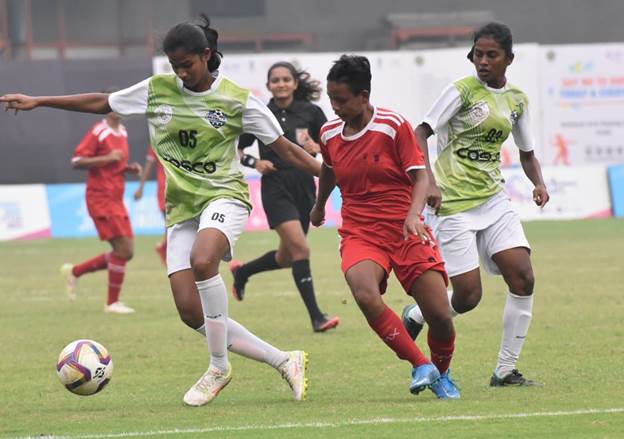 Sumit scored in the 22nd minute to give Uttar Pradesh the lead. Sunil Yadav doubled the tally with a penalty-corner goal in injury time in the second quarter while Manish Yadav made it 3-0 with a penalty corner conversion seven minutes into the third quarter. Maharashtra bounced back through Aniket Gurav (40th and 47th minutes) and Sayyad Niyaz Rahim (55).

In the shoot-out, the teams were level 2-2 after four attempts each. Rajkumar Pal and Rahul Kumar Rajbhar put Uttar Pradesh 2-0 ahead before Darshan Gawkar and Yuvraj Walmiki brought Maharashtra back into the contest. Venkatesh Kenche could not beat Uttar Pradesh goalkeeper Prashant Kumar while skipper Lalit Kumar Upadhyay found the winner.

Back on the Sabarmati, it was heartening to watch the experienced Rajina Kiro hold her own in the Women’s K1 500m Sprint against Kaushal Nandini Thakur (Chhattisgarh) and Pooja (Haryana)

Late on Sunday, the battle for Mallakhambh Men’s Individual All-Around gold, featuring Maharashtra’s Akshay Taral from Mumbai and Shubhankar from Pune, brought fans in Sanskardham to the edge of their seats. Only 0.15 points separated the two contestants while Chandrashekhar Chauhan (Madhya Pradesh) was a further 0.35 points behind. 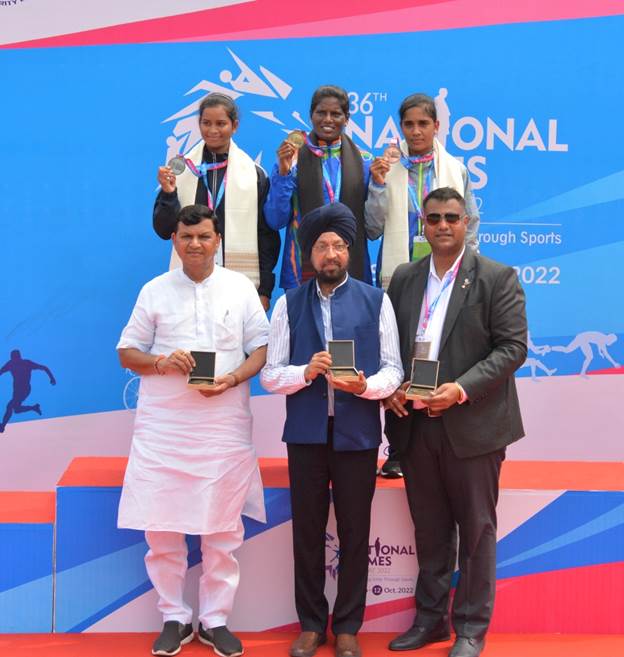