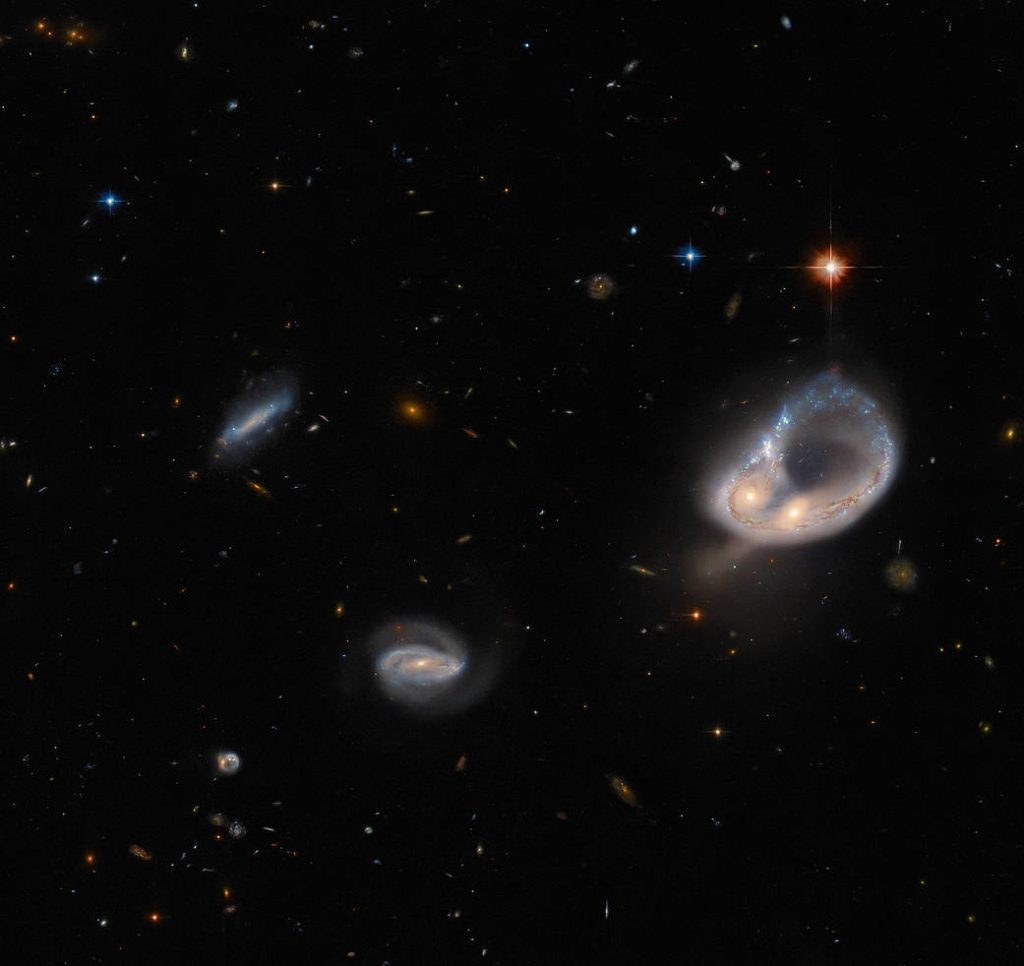 Washington: The NASA Hubble Space Telescope has captured an unusual galaxy merger in the ancient universe.

The Arp-Madore catalog is a collection of particularly peculiar galaxies spread throughout the southern sky, and includes a collection of subtly interacting galaxies as well as more spectacular colliding galaxies. "Arp-Madore 417-391", which lies around 670 million light-years away in the constellation Eridanus in the southern celestial hemisphere, is one such galactic collision.

The two galaxies were distorted by gravity and twisted into a colossal ring, leaving their cores nestled side by side, said NASA.

Hubble used its Advanced Camera for Surveys (ACS) to capture this scene – the instrument is optimised to hunt for galaxies and galaxy clusters in the ancient universe.

"Hubble's ACS has been contributing to scientific discovery for 20 years, and throughout its lifetime it has been involved in everything from mapping the distribution of dark matter to studying the evolution of galaxy clusters," NASA added.

This image comes from a selection of Hubble observations designed to create a list of intriguing targets for follow-up observations with the James Webb Space Telescope, as well as other ground-based telescopes.

Astronomers chose a list of previously unobserved galaxies for Hubble to inspect between other scheduled observations.

Over time, this lets astronomers build up a menagerie of interesting galaxies while using Hubble's limited observing time as efficiently as possible, said NASA. —IANS