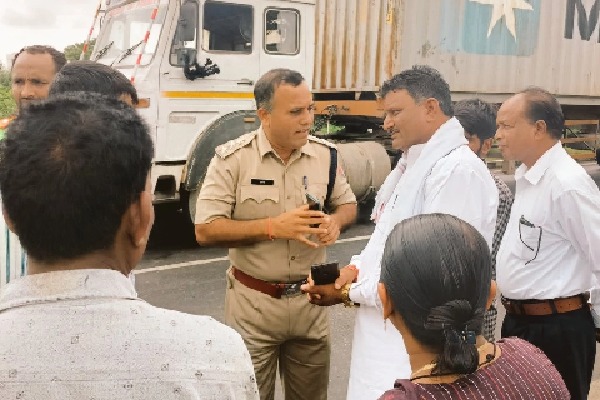 Ahmedabad (The Hawk): Kanti Kharadi, a sitting MLA for the Congress and the party's nominee for the Danta seat in Gujarat's Banaskantha district, is said to have vanished after being attacked late on Sunday night.

Police in Banaskantha have reportedly begun looking for Kharadi.

Jignesh Mevani, the working president of the Gujarat Congress, was the first to post on social media about the missing party candidate. Mevani tweeted, "BJP candidate and party goons have attacked Congress candidate Kantibhai Kharadi. When he was returning after visiting villages and workers, his car was intercepted and attacked; it was an attempt to kill him.

The in-charge of the control room for the Banaskatha district police has acknowledged that the control room has received information of an attack on Kanti Kharadi. The incident took place close to the Hadad Police Station. The investigative officer V.R. Makwana could not be reached when called.

Bharatsinh Vaghela, the district Congress president, told IANS that he was unable to get to Kharadi. "Even though I tried to speak and ask the Superintendent of Police for help, he is not returning my calls," the speaker said.