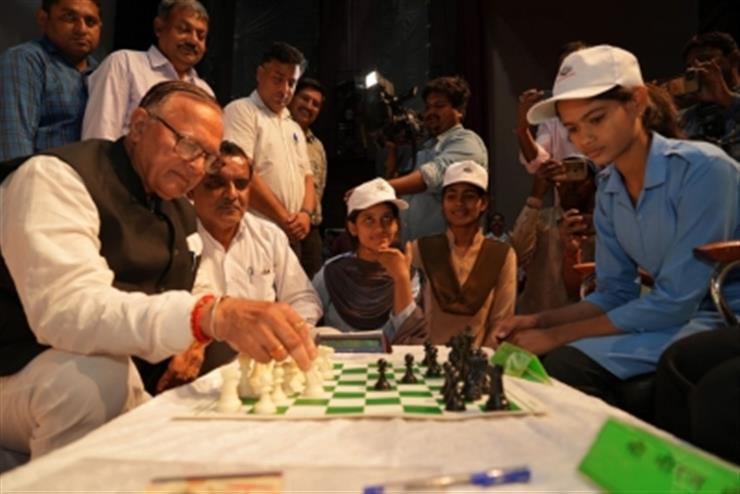 Jaipur (The Hawk): Students will have the chance to play chess on the third Saturday of every month on "No Bag Day" in all schools throughout Rajasthan.

On Thursday, the project was launched in Bikaner.

Dr. B.D. Kalla, the state's education minister, announced during a celebration that this programme would begin concurrently on November 19 in all Rajasthani schools, marking a first for the state.

The Minister said that 30 lakh athletes from rural areas competed in the Rajiv Gandhi Rural Olympic Games, which will aid in the children's mental growth.

These games would be held in metropolitan areas as well, the Chief Minister declared.

He said that the introduction of the "Chess in School" campaign would give kids the chance to improve their focus, memory, selfcontrol, and discipline.

Despite the drawbacks of smartphones, the minister claimed that this project will help future generations become more innovative.

He said that these competitions would produce school champions and bring Rajasthan international acclaim.

Chess will aid in understanding life, according to Dr. Neeraj K.A. Pawan, the divisional commissioner for Bikaner, and making it available to one crore homes will result in significant change.

Mahesh Sharma, the president of Permanent Lok Adalat, stated that a state government has taken this ground-breaking step for the children's mental health and fortitude for the first time in the nation.

Kalla lighted a flame and gave it to the Education Department officials at the ceremony on Thursday.

The initiative was also launched by the minister playing chess with the students.