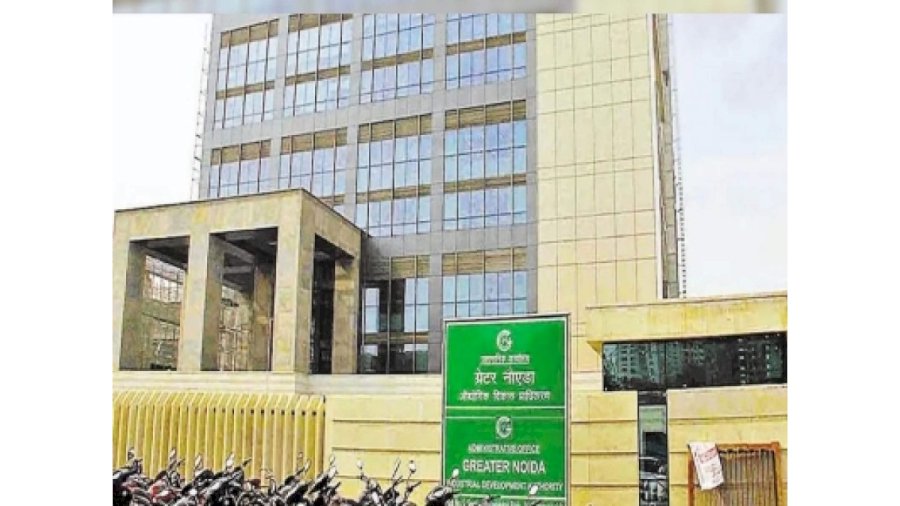 Greater Noida (The Hawk): The Greater Noida Authority has revoked the Parsvnath developers' grant of two land parcels due to unpaid debts totaling around Rs 281 crore.

The administration has taken this step as a result of both the projects' incompleteness and the failure to deposit the almost Rs 281 crore that is still owed on both land parcels.

These two land parcels will be taken over by the authority, who will then distribute them according to a new plan.

Ritu Maheshwari, CEO of the Greater Noida Authority, has directed the authority to take stern action against allottees who have not paid their debts for an extended period of time and have not finished their land projects.

On Wednesday, the authority revoked the land allocation for two of Parsvnath developers' projects. In 2006, the authority's builders division assigned 25 acres of property to Parsvnath Developers in Plot No. 11 here in Sector Pi.

The lease document for the 1,00,095 square metre land area was also completed in 2007, according to the leasing plan. Out of the entire premium of Rs 33.54 crore, the developer had paid Rs 7.14 crore as of 2007. By 2013, the remaining balance was to be paid in 13 payments. This project was likewise planned to be finished in 2013, but the developer failed to do so or pay the required fees to the authority.

The authority also issued multiple defaulter notifications and allotment cancellation notices in the years 2011, 2012, 2013, 2019, and 2020. The maximum 15-year time limit for finishing the land project has already passed. Along with the premium payment, the sum still owed to the developer for late fees, supplementary compensation, and other things reached around Rs 211 crore during this time. The Greater Noida Authority has therefore revoked the allocation of Plot No. 11 in Sector Pi, owned by Parsvnath Developer. The regulator has also confiscated a bank guarantee worth about Rs 1.56 crore.

According to the authority, it will return any responsibility that the builder's authority creates. The authority has also cancelled the allocation of another property, number 5, to Parsvnath Developer in Sector Pi.

This land plot's allocation was completed in 2007. The builder contributed Rs 2.52 crore of the approximate Rs 11 crore premium. By 2013, the final payment was supposed to be made in 13 payments, although this was not done.

Also scheduled for completion in 2012 was this project. The developer has not paid the authority's dues or finished the project. In the meantime, letters to defaulters were sent out in 2011, 2012, 2013, 2018, and 2019, and notices to revoke land allocations were also sent out in 2014 and 2019. In addition to the total premium paid for this property allotment, the developer owes the government Rs. 70.41 crore in additional compensation, annual leasing rent, time extension fees, etc.

Additionally, the project's 15-year completion window has passed. As a result, the authority cancelled Parsvnath developer's allocation of plot number 5 in Sector Pi. This piece of property will also soon be in the control of the authority.

CEO Ritu Maheshwari of the authority claims that any allottee who fails to pay authority dues and complete the project will not be spared. They will lose their land allocations.