Better to watch and engage in combat here: Azam Khan 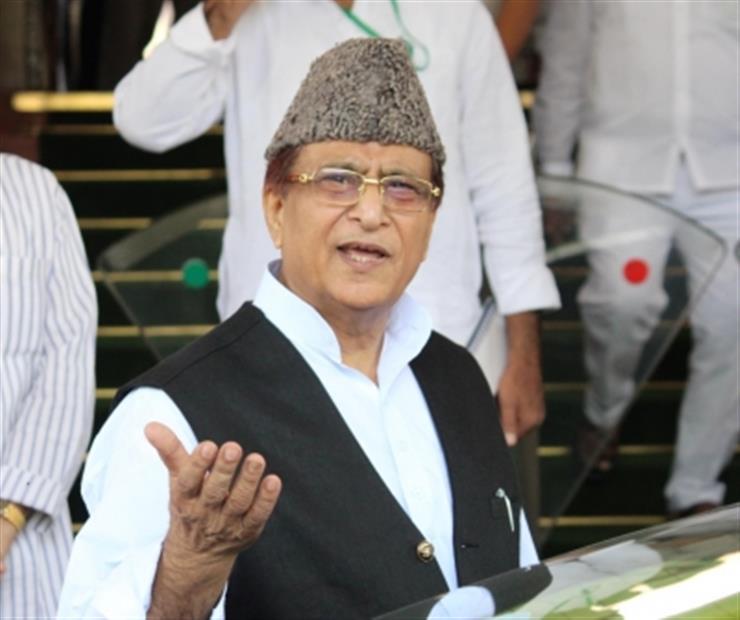 Rampur (The Hawk): Leader of the Samajwadi Party (SP), Mohd Azam Kahan, has argued that it is preferable to keep an eye on events and put up the strongest defence feasible given the conditions.

He added in a casual conversation with reporters: "What is the use of remarking on injustice committed by those in authority. By demonstrating our solidarity and the strength of democracy in this by-election, we should in reality serve as an example for future generations.

Azam Khan encouraged party members and supporters to act in one and work to support SP candidate Asim Raja in the by-election on December 5.

When his close aide Fasahat Ali Khan recently joined BJP along with more than 250 people, he experienced a severe shock.

"The Samajwadi Party has never made distinctions based on a person's caste or religion. Elections come and go, but the ones in Rampur this time are being conducted in such a gravely unfair manner that future generations will bleed blood.

The public's capacity for tolerating tragedies and the brutality of those who go to whatever lengths to serve injustice will surprise them, he continued.

Azam Khan was found guilty in a hate speech case that was filed in 2019 during the Lok Sabha elections, and as a result, his membership in the Uttar Pradesh Assembly was revoked.

Up until his disqualification on October 8, he served as the representative for Rampur Sadar.

The BJP is running Akash Saxena in the by-election after Saxena was defeated by Azam Khan in the Assembly elections earlier this year by a margin of more than 50,000 voters.

On December 2, Yogi Adityanath, the chief minister, is anticipated to hold a rally in the public in support of Akash Saxena.