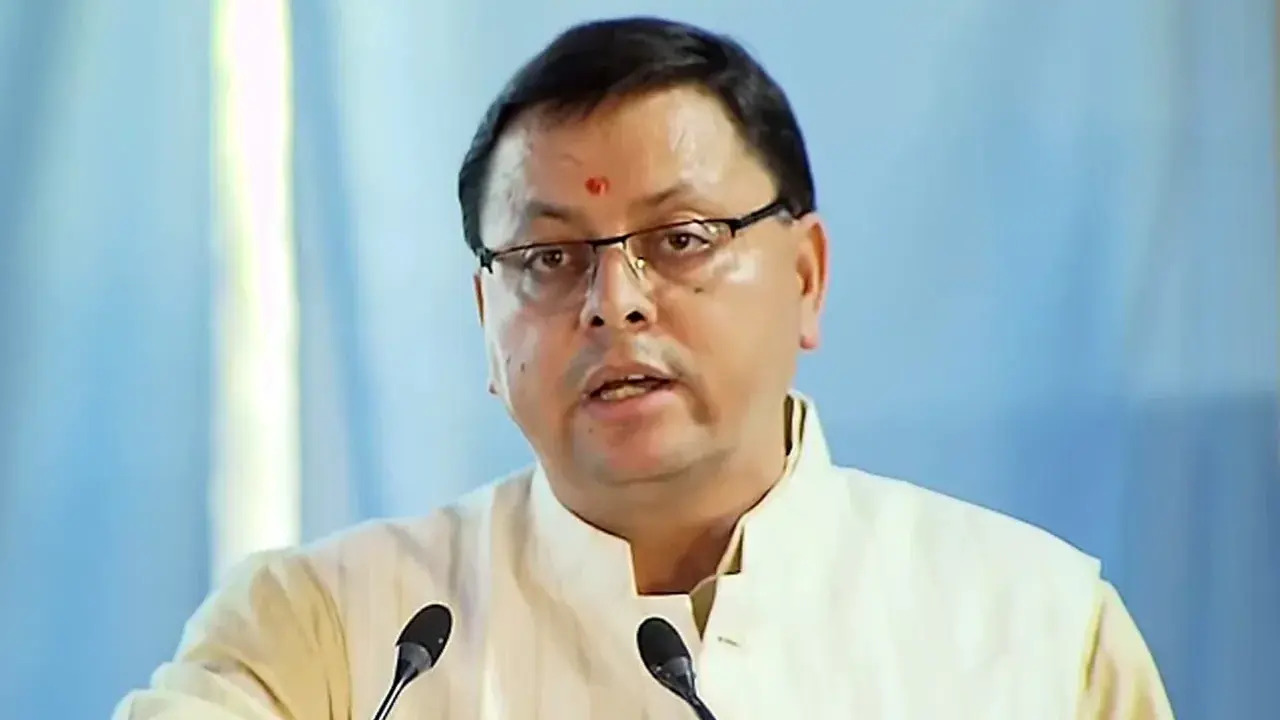 New Delhi: Taking a dig at the Aam Aadmi Party, Uttarakhand Chief Minister Puskar Singh Dhami on Thursday said that Bharatiya Janata Party (BJP) will retain power in the MCD elections and will not let AAP even "open its account".

While talking to ANI, Dhami said, "Delhi will continue what was started in Uttarakhand where they didn't let the party even open its account."

A day after Uttarakhand legislative assembly passed a stricter anti-conversion bill, Dhami on Thursday said, "Religious conversion was going on in a lot of places and was becoming a serious matter. So, we have made a provision that nobody will be able to indulge in religious conversion. If found guilty, they will face a jail term of up to 10 years. We've made a law."

"Be it people across the country or in Delhi, everyone wants development, nationalism, and transparency and work going on under PM Modi's leadership. Delhi will continue what was started in Uttarakhand where they didn't let a party even open its account," Dhami added.

Earlier on Wednesday, two important Bills were passed by voice vote in the Uttarakhand Assembly on the second day of the supplementary budget session on Thursday. A strict law regarding religious conversions in the state is now in place after the passage of the Uttarakhand Religion Freedom (Amendment) Bill 2022. Apart from this, the Uttarakhand Public Service (Horizontal Reservation for Women) Bill 2022 will once again implement the system of 30 per cent horizontal reservation for women in the state, which is considered a big achievement of Chief Minister Pushkar Singh Dhami's government. A few days ago, the state government also approved both bills from the Cabinet. With the passage of these Bills in the Vidhan Sabha on Wednesday, a notification for their implementation in the state will be issued soon. "Uttarakhand is the land of Gods, where things like religious conversion are very dangerous for us, so the government had decided to enact the strictest laws for religious conversion in the state," Dhami had said.

He said that it is the endeavour of the state government to implement this law in the state at the earliest. "Mother power has a huge contribution in the construction of Uttarakhand and the government had already decided that respecting the mother power in this state with adverse geographical conditions, they should be given this horizontal reservation benefits," he had said while speaking about the Horizontal Reservation Bill for women in Uttarakhand. The high-stakes polls to the 250-ward Municipal Corporation of Delhi are due on December 4 and the votes will be counted on December 7.

The civic polls are shaping up to be a two-way contest between the BJP, which currently holds the civic reins in the national capital, and the AAP, which is in power in the capital. —ANI