BJP's non-cooperation nixed Mohalla Sabha, RWAs will be councillors of their areas: Kejriwal 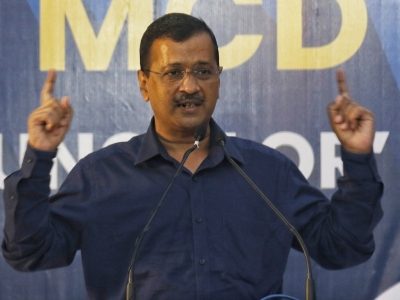 New Delhi (The Hawk): If the Aap Aadmi Party (AAP) wins the municipal elections scheduled for December 4, all Residents' Welfare Associations (RWAs) in the capital will have their own "mini councillors" who will be given power gradually, Delhi Chief Minister Arvind Kejriwal said on Thursday while speaking with RWA representatives.

RWAs would serve as councillors in their particular areas, according to Kejriwal, and the AAP will supply them with the bare minimum of finances.

According to Kejriwal, the RWAs will have financial and decision-making authority over local matters such as fumigation, tree pruning, etc.

"The general population won't only be a passive audience or consumer any longer. If the AAP wins the MCD election, each RWA would have a mini councillor, and powers will be gradually given to them "added he.

"On these matters, we will have a lot of consultations as well. If we are successful in putting this notion of including the locals in the MCD into practise, it would serve as an example for the entire nation "added Kejriwal.

"We attempted to partition Delhi into 3,500 Mohalla Sabhas, but the BJP's MCD was unable to cooperate. As a result, the concept was shelved. RWAs will now be actively involved in this. In order to prevent people from becoming passive observers and to maintain a two-way conversation with the government, we want to develop an active platform "Added he.