At BJY, the Cong and BJP trade barbs over the 'Pakistan Zindabad' slogan 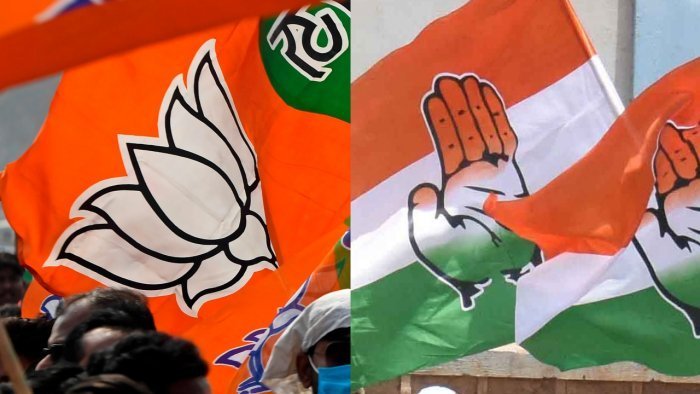 Bhopal (The Hawk): After a video of someone yelling "Pakistan Zindabad" during the Bharat Jodo Yatra (BJY) appeared on social media, the Congress and the BJP, which is currently in power in Madhya Pradesh, got into a furious argument.

On Friday, the BJY led by former Congress president Rahul Gandhi travelled through the Khargone district.

Khargone made headlines earlier this year after reports of communal unrest in April. Over 20 people were hurt during the disturbance, which resulted in one death. In relation to the incident, more than 200 people were taken into custody.

The film was deemed doctored by the Congress, which claimed that BJY's reputation had been damaged by its appearance on social media. The event also threatened "legal action."

On the other hand, the BJP insisted that the video clip had been posted on the Congress's official Twitter account.

In the footage, it was visible that hundreds of party officials and supporters were marching beside Rahul Gandhi, his sister Priyanka Gandhi, the Congress national secretary, and her husband Robert Vadra.

V.D. Sharma, the president of the BJP's chapter in Madhya Pradesh, said that the video clip came from the Congress' official Twitter account.

Sharma attacked the Congress, saying: "Khargone residents shouted "Pakistan Zindabad" during Rahul Gandhi's Bharat Jodo Yatra. The Congress's tendency to divide the nation was once more made clear. This is a "adventure to split India," as has repeatedly been demonstrated. Rahul Gandhi needs to apologise for his actions to the nation."

The march was seen in the video travelling through a congested area, and the police officers in charge of security management had a difficult time controlling the crowds of people seeking to see Rahul Gandhi.

The BJP was accused of conspiring with the Congress to malign Rahul Gandhi.

"A film that was altered by the BJP's dirty tricks unit is being circulated to attack the Bharat Jodo Yatra, which has been incredibly successful. We are starting the required legal action right away. We are ready for such tactics, and retaliation will be served "Jairam Ramesh, general secretary of the Congress and in charge of communications.

Shivraj Singh Chouhan, the chief minister of Madhya Pradesh, later took notice of the situation and stated: "Are the "Pakistan Zindabad" slogans heard during the "Bharat Jodo Yatra" intended to unify India or those who seek to divide it? There has already been a division of India; is a new division planned? Those who chanted slogans will face harsh punishment."

Abbas Hafeez, a spokesman for the Congress, said: "It was an attempt by the BJP to harm Rahul Gandhi. Why did the police not detain the person if it is true that he shouted "Pakistan Zindabad"? The guy should have been detained by the police right away, but why didn't that happen? Additionally, it revealed the level of security that Madhya Pradesh offered for Bharat Jodo Yatra and Rahul Gandhi."