According to Minister, 'Sunburn' will have a Goan flavour 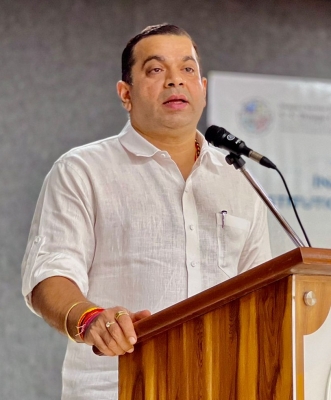 Panaji (The Hawk): The performance of well-known Goan artists and the cuisine of the coastal state would give the Sunburn festival this year's attendees a Goan flavour, according to Tourism Minister Rohan Khaunte on Thursday.

"We want to give our people a platform, something that has never happened before. The Sunburn event will feature performances by well-known Goan artists. The organisers have previously been informed of this and have given their consent "Reporters were told by Khaunte.

The Sunburn event, which debuted in Goa in 2007, draws tens of thousands of music fans to the coastal state. Many music fans from India and other nations attend the event.

"A "Goan village" (culture zone) with Goan cuisine will be present at this festival, and attendees will be able to taste Goan flavour there. This is a first-time occurrence. We had requested a Goan stage, Goan flavour, Goan village, and a Goan theme. We have requested the following of the organisers: "said he.

In response to a question about how to draw visitors to the seaside state, Khaunte said he hopes successful festivals would soon arrive.

The popular Sunburn Electronic Dance Music Festival had already received preliminary approval from the Goa government earlier in July, but only under the condition that Goan musical groups, DJs, and solo artists would also have a stage.